Vietnam has a thriving casino industry, but unlike most other countries where gambling at the casinos provides a popular recreational activity for locals, Vietnamese residents are not allowed to participate. Despite the Southeast Asian country offering multiple land based casinos, only foreigners and tourists are legally allowed to gamble there – but all this is set to change. 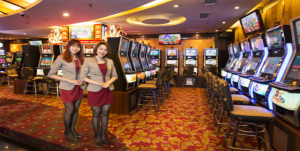 In December 2016, Vietnamese Prime Minister Nguyen Xuan Phuc announced plans for a three year trial period where Vietnamese nationals would be allowed to gamble at two designated casinos. The casinos, located on the island of Phu Quoc and in the Van Don Special Economic Zone of Quang Ninh, are currently under construction. When they open their doors, Vietnamese residents may gamble in the casinos, provided they pass certain wage tests.

The move is being called a “law for the rich” as Vietnamese nationals must earn a stable monthly income of at least VND 10 million (the equivalent of US$443 per month) or more to be allowed to gamble. While this may not seem like a lot to Westerners, US$443 a month is a sizable salary in Vietnam, with the average worker earning an annual salary of around $2,200. Despite the new laws, the minimum wage requirements mean casinos will remain off limits to a majority of Vietnamese locals.

In addition to the wage tests, Vietnamese punters must be at least 21 years of age to enter the casinos. According to reports from the VN Express, if a family member believes a relative should not be allowed to gamble, they can write a formal letter to the casino to request a ban on that person from entering the premises. The possibility of hitting nationals with an entry fee has also been discussed.

So, why must Vietnamese players jump through so many hoops?

The casino bans are enforced as a way of preventing problem gambling, of which Vietnamese people are believed to be highly susceptible. According to studies conducted by UCLA Psychiatry Professor Dr. Timothy Fong, upwards of 60 percent of American-based Vietnamese qualify as pathological gamblers. It’s a strong believe in the notion of luck and fate which leads many Vietnamese to develop gaming addictions – a problem which numerous Asian cultures have been susceptible to.

Phuc’s Communist Party are taking small steps in allowing Vietnamese nationals to gamble, with these two casinos located outside of the most populated areas. If the three year trial period goes smoothly, the government may consider granting locals access to other casinos around the country.

New statutes have also been introduced to decrease the minimum investment required from casino developers looking to enter the Vietnamese market. Reports in the media have suggested the minimum threshold to open a new casino has been reduced from US$4 billion to US$2 billion.