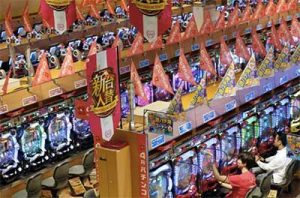 The timeline for regulating land-based casinos in Japan might be delayed due to the result of a Tokyo election over the weekend.

The ruling Liberal Democratic Party (LDP) lost nearly two-thirds of its seats in Tokyo’s 127-member assembly at the weekend.

As a result, Japanese Prime Minister Shinzo Abe may have a tougher time pushing his agenda.

Among his recent plans is the addition of Integrated Resorts (IRs) in the country – the Diet lifted the ban on casinos last December.

While legislation and regulation policies are underway, the IR Implementation Bill – a requisite for the legalisation of casinos in the country – may now face long delays.

This is according to Union Gaming analyst Grant Govertsen, who told Inside Asian Gaming the recent election defeat results in “a weaker outlook for the LDP nationally,” which “will make it incrementally tougher for PM Abe to push through his agenda, including the very contentious IR issue.”

The delay is due to the Diet failing to agree on a problem gambling bill – an essential component to legalising casinos in Japan – in its latest session.

According to Govertsen, coming to a consensus on the issue of problem gambling will be more difficult as a result of the election defeat.

This, coinciding with the public’s dissatisfaction with THE LDP as proven by the Tokyo loss reportedly hinders Prime Minister Abe’s plans of boosting the Japanese economy through IRs which host casinos.

“With PM Abe’s agenda on the ropes our view is that his government will need to take an even more cautious approach than before with a greater emphasis on getting support of the citizenry,” Govertsen said.

As a result, Mr Govertsen believes the IR bill may not come to fruition this year and may even be delayed next year as a result of the election (Japan’s 48th general election).

Alternatively, he believes the IR bill will become “so watered down with cumbersome regulations (e.g. very high entry fee in order to placate problem gaming concerns) as to make the development opportunity much less interesting.”

The delays could be advantageous to the pachinko industry since it has come under fire for its high rates of problem gambling. Many have suggested pachinkos should also be regulated to ensure hypocrisy does not occur.

“Over the years the National Police Agency has continually stiffened regulations by reigning in high volatility pachinko and pachislot machines to make them less like gambling,” Govetrsen said.

“This has been a significant factor in the longer-term decline in the pachinko industry (in terms of GGR, the number of players, and the number of parlors).”

Mr Govertsen believes the NPA has “additional pressure” to keep up with the casino regulations and make “pachinko even more restrictive.”

“In the now-more-likely event that the IR bill doesn’t come to fruition this year (and possibly next year too) due to the LDP’s political fortunes, we would view this as a positive for the pachinko industry as it could result in a regulatory reprieve,” he added.

The bill will continue to be drafted by legislators, but the head of the expert panel is proving why it is such a difficult task after doubting a recent proposal.

Legislator Takeshi Iwaya has advised against monitoring Japanese residents who visit casinos via an identification system, known as My Number.

The ID card was introduced last year and contains the user’s social security number – however, only nine percent of the population has signed up for one.

Mr Iwaya told Bloomberg he believes using the cards would deter visitors since they have to submit their social security numbers to casinos.

He added the casinos need to be “friendly” to visitors and said heavy regulation would keep people away.

“These will be leisure and entertainment facilities, so they must be friendly to customers and we mustn’t go too far.”

Mr Iwaya also noted the problems with using the My Number cards in terms of privacy, stating that casinos “must avoid any data leaks or having people’s activities monitored by the government.”

“If enjoying gambling is treated as a bad thing, the integrated resorts won’t be a success,” he added.