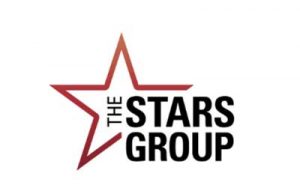 The Stars Group recorded strong results for the second quarter of 2017, despite a decline in online poker revenue.

The PokerStars parent company recently completed its rebranding from Amaya to the Stars Group and its performance over the last six months is as bright as its new name.

The Canadian-based company recorded a 6.8 percent jump in revenue for the second quarter of the year to $USD305.3 million and an 8.4 percent increase for the first half of 2017 to $622.5 million.

Unfortunately, online poker revenue could continue to decline due to the Australian government passing a bill which bans offshore gambling operators.

PokerStars, which attributes 2.5 percent of its total revenue to the Australian market, is likely to withdraw in the coming days. Full Tilt, also owned by the Stars Group, left the Aussie market when the reforms were first proposed.

However, the site does not offer any casino or sports betting services to Australians.

The Stars Group, which also relocated to Toronto during the rebranding, managed to pay off its $4.9 billion debt for acquiring The Rational Group, the parent company of its PokerStars brand, in 2014.

The Stars Group CEO, Rafi Ashkenazi, revealed the positive results to analysts via a conference call on Wednesday.

“We were very happy to formally rename the company as The Stars Group last week,” he said.

He added that it “successfully demonstrates that we’ve turned the page to open a new chapter in our company history.”

With the rebranding complete and a positive financial position, the Stars Group announced it is ready to consider merger and acquisition opportunities.

“We plan to use this momentum to continue improving and strengthening our business and pursuing our strategic objectives,” Mr Ashkenazi said.

The Stars Group had a poor-performing 2016 due to weak earnings and the departure of its founder David Baazov.

But Mr Ashkenazi revealed the company is now ready for sports betting and online casino acquisitions.

“When it comes to casino, and I’ll also include the sports betting, I believe we are just at the beginning of the journey,” he said.

The two companies wanted to create a £5 billion entity and tap into corresponding markets.

However, William Hill shareholders became reluctant once they learned of The Stars Group’s financial situation.

Given the position the Stars Group is in now, reports have emerged that a merger could be back on the table since the operator could manage regulatory challenges and competition concerns.

Although William Hills’ extensive experience in the betting industry would help the Stars Group, the latter company could look elsewhere due to the UK bookmaker’s shareholders.