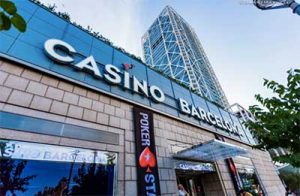 Professional poker players from all around the world are in Spain right now to compete in the PokerStars Championship Barcelona 2017.

A white van deliberately crashed into crowds at the popular Las Ramblas destination killing at least 16 and injuring more than 100 people on Thursday, August 17.

The PokerStars Championship kicked off on August 15 at Casino Barcelona and will run until August 17. At the time of writing, the tournaments are proceeding with increased security and police presence at the casino and hotels associated with the event.

The poker company has announced that players do not have to play, with PokerStars refunding buy-ins to players who de-register. Players can email [email protected] for more information.

We have taken immediate steps, together with casino & hotel partners, to review & improve security measures. Liaising with police. (2/3)

We will continue to monitor the situation. At this time tournaments are proceeding. Players that unregister will have buy-ins refunded. 3/3

Casino Barcelona is located near Barcelonaeta beach and three kilometres (1.86 miles) away from Las Ramblas.

Poker players who weren’t at the casino playing in the PokerStars National Championship (Day 1B) or the NL Holdem – 8 Handed (Day 2) events could have been visiting the popular tourist destination given it was 4:30 pm when the attack occurred.

Players who were waiting for the NL Holdem – PokerStars Cup (Day 1B) and the PokerStars Championship Super High Roller Qualifier events later that evening were likely already at the casino.

It’s not clear if any poker players in Barcelona have been caught up in the terrifying incident, though some have taken to social media to alert friends, families and fans that they’re safe.

Six-time World Series of Poker (WSOP) bracelet winner, Daniel Negreanu, posted on twitter that he is in Barcelona and that he is safe.

I’m in Barcelona and safe…

France’s Benjamin Pollak, who made the final table at this year’s WSOP Main Event, posted on August 16 that he was on his way to Barcelona for the Pokerstars Championship. He posted from Barcelona a few hours after the attack, wishing everyone in the city well.

Hope all you guys in Barcelona are safe !! 🙏🏼

Television presenter and team member of PokerStars Pro retweeted the updates from PokerStars and a tweet from fellow player Kitty Kuo Thomas who said she is safe and close to winning the $10,000 high roller event.

I appreciated may friends sent me safe msg, I am fine, we r 2 ppls away from 10k high roller money, good luck to me and @Liv_Boeree

The Islamic State claimed responsibility for the horrifying attack which is still developing. Two people have been arrested, with one shot dead. The van driver is reportedly still on the run and an explosion 200km away from the area has been linked to the attack.

Officials have warned tourists to stay inside. PokerStars will continue to monitor the situation and any updates will be posted on the PokerStars Blog twitter page.

We will do our best to update this article with any information on the event and the poker players in Barcelona.