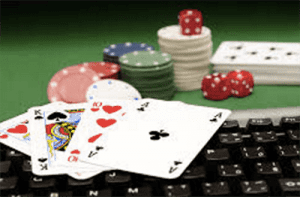 New York is a step closer to legalising online poker.

Following many attempts to regulate the industry, the Senate Racing, Gaming and Wagering Committee has voted to push a bill which will make online poker a legal pastime in New York.

The bill, by Senator John Bonacic, classes poker as a game of skill, instead of luck, and hopes of legalisation and regulation have now been ignited following the Senate Committee’s approval.

The bill was passed unanimously, with an 11 to 0 margin at the Committee vote, and will now move forward to the Senate Finance Committee.

A second bill, identical to Bonacic’s, is also being considered by the state’s Assembly which considers certain online poker games as those of skill instead of luck.

The bill, by Assemblyman Gary Pretlow, was also introduced last year but failed then too.

“I will try to get this into the Senate budget, but if I can’t then it will be a standalone bill after the budget bill is passed and the ball will be in Pretlow’s court,” said Bonaic.

If approved the state will receive 11 online poker licenses each with a cost of $10 million, following a 180-day grace period.

New York would also be able to take part in an agreement between multiple states, including Nevada and Delaware where the online game is already legal, which would increase online poker traffic.

While Bonacic has attempted many times to legalise and regulate poker, he has failed to get it set in stone. Last year, he managed to get it through the Senate, passing by a 53-5 vote, but it failed in the Assembly.

Bonacic commented on its failure last year, highlighting how the bill provided a lot more benefits other than just regulation for consumers.

“I was trying to help the racinos and the casinos,” he said.

“Had that been approved, it would have been private-job creation.

“I thought it was a good thing for New York.”

But this time around, Bonacic is confident his bill will continue to progress and has revealed he is excited to work with fellow lawmakers in the future to ensure his bill is thoroughly reviewed both fairly and in a timely manner.

“Last year, there was too much gaming for the Assembly to consider with fantasy sports and the efforts in New Jersey for a referendum to put a casino in the Meadowlands, and I really think that it got put on the back burner,” he said.

“So now we are putting it in the front burner.”