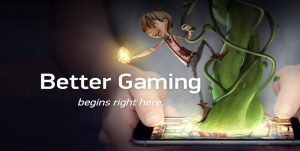 Net Entertainment, one of the leading developers of online casino software, has released its interim report for the period between January and June 2017, showing positive results across the board.

In the first six months of the year, NetEnt also signed agreements with 21 new customers, 14 of which launched new online casinos.

Results were just as positive during the second quarter, with significant events including a supplier licence being granted from British Columbia, Canada, NetEnt games launching onto the regulated Serbian market, and table games being introduced to customers in Spain.

NetEnt CEO and president Per Eriksson said, “The quarter featured continued solid growth, higher profitability and a strong cash flow. The most important growth drivers were mobile games, Great Britain and Italy. During June, mobile games contributed more than half of our revenues while Britain was our largest geographic market for the quarter. For the second half of 2017, we see conditions for continued solid growth.”

The United Kingdom and Italy contributed most to NetEnt’s growth, with Great Britain being the largest market. Profits were on the rise in Italy now that all NetEnt games go through licensed Italian gaming operators, while the company also saw fast growth in Denmark, Belgium, Spain and New Jersey.

Mr Eriksson said NetEnt was working even harder to expand on the growing British market, while also putting a greater focus on the United States.

He said, “Our operations in New Jersey continue at full speed while we also closely monitor developments in other states that could potentially open up for online casinos, such as Pennsylvania and Illinois.”

NetEnt has several new game releases planned, including the August launch of Emoji Planet, a branded game based on the popular emoji symbols used in digital communications. The software developer also aims to step up its live dealer offering, continuing to focus on mobile enhancements.
About the future outlook of the company, Mr Erikkon said, “We continue to hire more employees and develop our platform. We strengthen the organization to increase our output capacity, enter more regulated markets and integrate a large number of new customers. With this in mind, we foresee an ongoing need to invest during the rest of 2017.”

This report comes after the finale of NetEnt’s innovative web series The Challenge resulted in an 86 per cent increase in job applicants.

To see for yourself why NetEnt has earned a place as one of the world’s best developers of online casino software, head to one of our top-rated online casinos, Slots Million where you can try hundreds of NetEnt casino games directly over your Web browser with no downloads needed. Sign up to play these games for real money and you can get $100 in bonus money with 100 free spins to use on some of NetEnt’s most popular game titles.