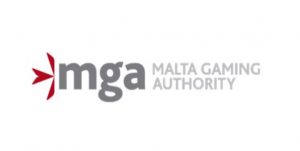 The Malta Gaming Authority (MGA) has released a comprehensive white paper this week proposing major reforms for the gaming legal framework in Malta.

The white paper aims to future proof Malta’s gambling industry, which has provided a large economic boost for the European nation. The country has recently been struggling to attract new gaming licensees, with the complete overhaul of the legal framework hoping to attract more operators to seek licensing from the advanced gaming jurisdiction.

The proposed changes have been on the MGA agenda for the past three years, with the main objective being to replace all existing gaming legislation with a singular piece of legislation titled the Gaming Act.

If approved, the Malta Gaming Authority aims to be the sole regulator of this gaming sector.

The white paper states while Malta’s regulatory framework for online gambling has always “demanded a high standard of player protection and measures combating criminal infiltration,” certain changes are required to ensure gaming regulations remain up to date with current gaming industry practices and the way online gambling business models have evolved. Repealing the provisions of the current Public Lotto Ordinance, the Gaming Act, the Lotteries and Other Games Act has been proposed to avoid conflicting requirements and provide more legal clarity.

The white paper lists the key regulatory objectives as follows:

Highlights of the proposal include replacing the current multi-licensing system with two different types of licenses: a Business-to-Consumer (B2C) licence and a Business-to-Business (B2B) licence.

These new licenses would have a 10 year expiry, which is double the time of the existing five year licenses.

The overhaul also aims to put a greater focus on player protection, by formalising the mediator role of the MGA’s Player Support Unit in place of the Responsible Gambling Fund and introducing a cohesive self-exclusion database that works across online and land based networks.

It states: “We believe players should be placed at the heart of every gaming policy. Due focus should be directed towards creating obligations that should accompany a set of player rights currently availed of by players as consumers of gaming services. An effective regulatory framework should create an environment which channels players to a regulated offer that is safe, competitive and regulated in line with European law.”

The entire proposal can be viewed at the official Malta Gaming Authority website.

Release of the white paper comes just weeks after the MGA released its Annual Report and Financial Statements, which showed a €1.6 million increase in revenue from the previous year.

The MGA is welcoming feedback on the proposed changes before submitting the finalised Gaming Act to the Government of Malta to begin the parliamentary process. Over the next few months, the MGA will continue discussions with the gaming industry, stakeholders and other relevant bodies to further clarify the proposal.