The Malta Gaming Authority (MGA), one of the world’s leading jurisdictions for online gambling licenses, has released its Annual Report and Financial Statements for the year ending December 31st, 2016. The report focuses on the ways the MGA achieved its visionary goals, while also aiming to identify ways the organisation can future-proof for sustainability in a rapidly changing market.

The report is crucial in identifying trends moving forward, with the gaming industry contributing over €1 billion to the Maltese economy in 2016 and creating around 9,000 jobs within the sector. Malta has struggled in recent years to remain as an attractive jurisdiction for other European markets, but the report shows the strength of Malta’s reputation and the advantages of conducting business within the area means Malta’s gaming industry has managed to sustain growth.

Chairman of the Malta Gaming Authority, Joseph Cuschieri, said, “I feel proud of the Authority’s achievements during the year under review. These achievements engender a strong sense of responsibility for the Authority to ensure a continued, safe and sustainable growth of the industry, in a challenging global environment. It also drives us to reach new heights in our regulatory ethos, thought leadership, standards of regulation and innovation in our approach as a regulator”. 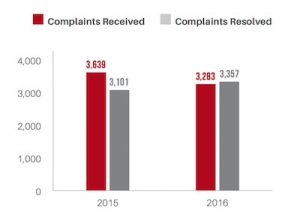 In 2016, the MGA continued with work on the overhaul of its regulatory framework first developed in 2015. The new framework, which is expected to be implemented in 2018, will identify new business areas, enhance regulatory efficiency, improve compliance systems and enhance player protection mechanisms. Player support and consumer protection lie at the key of the new regulatory framework, with 2016 seeing the MGA solve more customer complaints than the previous year.

The report shows the online and land based gaming industry in Malta will continue to grow well into 2018 due to the natural growth of existing operators and new investors who will be drawn to the jurisdiction when the revamped regulatory framework comes into force.

Mr Cuschieri concluded the report by thanking those involved. He said, “My gratitude goes to my fellow Board members and all members of staff at the Malta Gaming Authority for their dedication, application of professional abilities and upholding of core values to bring to fruition the ambitious journey we have all embarked upon.

“An exciting period of change implementation is ahead of us, one which will reaffirm Malta’s standing as a global gaming jurisdiction of choice.”