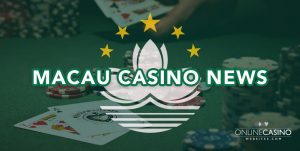 Macau’s VIP gaming market continues its recovery in the second quarter of 2017, with released figures pointing towards renewed strength in high roller baccarat revenue and VIP shares compared to this time last year.

In the wake of Macau’s VIP gaming market resurgence, president of Macau’s Association of Gaming and Entertainment Promoters Kwok Chi Chung told GGRAsia the capital deposit for Macau casino junkets newly licensed and registered should increase to MOP 50 million (USD$6.2 million), up from the current threshold of MOP 100,000 (USD$12,500) originally set in 2004.

Mr Kwok previously suggested an increase in the required deposit from junket operators to MOP 10 million in April last year, but with his new figures has elaborated the 120 currently licensed gaming promoters in Macau would not be affected by any new threshold introduced by authorities.

The Association of Gaming and Entertainment Promoters also put forward the idea for a new licensing system to regulate junket “collaborators”, individuals who are not licensed by the Macau government but play a role in bringing VIP high roller players to Macau, either by way of arranging player payment on losses or securing them credit for further play.