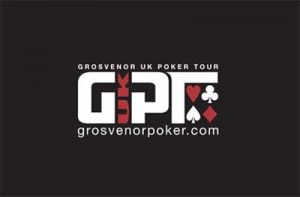 The Goliath poker tournament wants to beat out the World Series of Poker (WSOP) for the most entries into a live event in 2018.

It was a close call this year with the 48th annual WSOP Main Event recording 7221 registered poker players, while the Goliath poker tournament recorded 6,385 entries.

The Goliath poker tournament has only been running for five years, with just 1954 players registering in 2012. The turnout for the first year was smaller than expected, and it meant the total prize pool did not reach the £200,000 guaranteed prize.

The numbers increased by 31.42 percent to 2568 in 2013, and have increased by a similar percentage every year since.

Now organisers want to surpass the 7000 mark in relation to the number of entrants in 2018, to beat the record for the most entries into a live poker tournament.

WSOP currently holds the record with 8773 poker players registered for the Main Event in 2006.

It may get close given the 2017 Goliath event, which took place in the UK, has been dubbed the biggest live poker tournament outside of Las Vegas, where the WSOP takes place.

The event ran from July 29 to August 6 at the Grosvenor Casino Coventry at the Ricoh Arena.

Mr Marais made it through day 1A on July 29 and returned a week later to make his way to the final table. He started third in chips and eventually was heads-up against Birmingham’s Tai Hoang. Mr Hoang was a favourite to win at the final table.

“Once again Grosvenor Casinos are blown away by the support of the Goliath over the years, seeing growth of over 20% from last year alone,” the organisers said.

“Not long after the final hand was dealt, talk turns to the 2018 Goliath with Grosvenor Casinos’ new goal to surpass the 7,000 mark and attempt to beat the record held by the WSOP for the most entries into a live poker tournament.”

The huge difference in price does reflect the status of the WSOP, and given the importance of the WSOP gold bracelets, Goliath still has a lot of growing to do.

Commercial manager for Grosvenor Casinos’ poker operations, Alex Martin, spoke to Totally Gaming about the success of the Goliath tournament.

“Goliath is growing every year, which is mainly down to the increased live and online offerings we have available,” he said.

“More players are now qualifying through our new online mobile product, which is increasing the appetite even more for amateurs and professionals alike.”

The 2018 Goliath poker tournament will return in July next year, and we will keep an eye on the numbers.