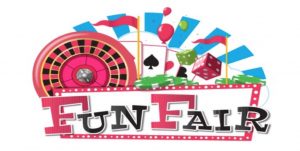 San, a major player in the online gaming industry and the creator of some of Nintendo’s most popular video games as well as online poker site PKR.com, has launched a new project called FunFair that aims to put online gambling onto blockchain technology.

The idea behind the blockchain casino is that every transaction made on it is recorded on a public database that anyone can inspect and audit.

San told tech news source The Register, “The main problem the public has is one of trust. Whether it’s true or not, most people have the perception that they don’t want to trust online casinos with their money… online casinos have screwed people in the past.”

FunFair will use Ethereum-based blockchain technology to provide complete an online casino with complete transparency. The blockchain aims to curb the possibility of casino admin viewing player’s cards and tipping off accomplices within the game, building players trust in the online casino industry.

FunFair’s mission is to revolutionise the online gaming industry by harnessing the power of blockchain in the online gambling market. San believes that blockchain gaming has so far failed to reach a mass audience, and he aims to change this by delivering trustworthy solutions based on three major factors – entertainment, speed and fairness.

San said, “Using our tech – we think it’s a selling point, we can have a fairer game – it absolutely can’t cheat.”

The FunFair casino platform will be easy to use. According to San, it will be “Completely browser-based, no install, no download, even on mobiles and tablets.”

Phase One of the FunFair project was released on 22nd of June, with Phase Two expected to be completed by September, where Fun tokens will be released to a greater number of public participants.

This is all well and good for the dedicated gamers and tech-heads out there, but for those of us who frequent online casinos but have no idea about the technical side of things, just what exactly is a blockchain?

A blockchain is a digital system that facilitates secure online transactions, providing a database used to maintain a growing list of records. Most commonly associated with the cryptocurrency Bitcoin, blockchain technology allows digital information to be distributed without being copied.

According to blockchain experts Don and Alex Tapscott, the blockchain is “an incorruptible digital ledger of economic transactions that can be programmed to record not just financial transactions but virtually everything of value.”

We like the comparison by technical reporter Sally Davis who said that blockchain “is to Bitcoin, what the internet is to email. A big electronic system, on top of which you can build applications. Currency is just one.”

Still confused? We don’t blame you – it’s not an easy subject to get your head around and takes a bit of research to start to grasp the concept. You can check out our guide to Bitcoin casinos in a bid to further your knowledge on how these digital platforms work.