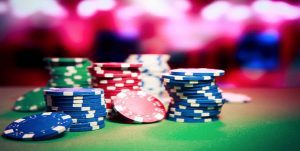 Macau’s Judiciary Police have reported a series of scams regarding counterfeit casino chips have taken place in one of the city’s casino resorts over the past week.

In line with police policy, the casino has not been identified by authorities, but public broadcaster TDM revealed footage of the counterfeit casino chips brandishing the Galaxy Macau logo, which is one of the largest and most opulent integrated casino resorts on Macau’s Cotai Strip.

Macau police said the casino in question had been targeted seven times since July 19, with the fake casino chips accounting for a loss of HKD$600,000 (US$76,849) to the casino.

The latest incident took place on Saturday, when two men from mainland China were busted betting with the fake chips at the casino’s baccarat tables. According to police reports, when the men arrived at the casino from the mainland, they were met by yet to be identified suspects who immediately handed 100 counterfeit betting chips to each of the men. Each chip carried a denomination of HKS$10,000.

Within two hours in the casino, the men had managed to exchange their fake chips into HKD$350,000 worth of genuine casino chips. When they were busted at 11:30PM, they only had 85 fake betting chips left between them.

Judiciary Police spokeswoman Lei Hong Nei said it’s likely the pair would have been given a portion of the real gambling chips as a reward by whoever supplied them with the fake chips.

The incident marked the seventh time in a week the casino had been targeted by gamblers passing off the fake betting chips. Local newspaper Macau Daily News has reported the aggregate loss to the casino for all incidents to be around HKD$600,000.

Macau’s casinos seem to be a hot spot for criminal activity at the moment, with the Judiciary Police busting an illegal VIP gambling den operating out of a hotel room last week. Prior to that, 15 Chinese nationals were also arrested for their involvement with alleged illegal loan-sharking operations targeting struggling gamblers.

Counterfeit casino chips are becoming an increasing problem in Asia’s casinos. In June this year, the mastermind behind Singapore’s largest ever casino chip scam was sentenced to seven years and four months in prison.

Toh Hock Thiam was arrested in 2015 after he circulated 1,291 counterfeit casino chips valued at $1,000 each through Singapore’s Marina Bay Sands casino. The Casino Regulatory Authority called them the “best quality” counterfeit chips they had seen so far, and were only busted when a cashier with a keen eye identified a slight discolouration in one of the chips.