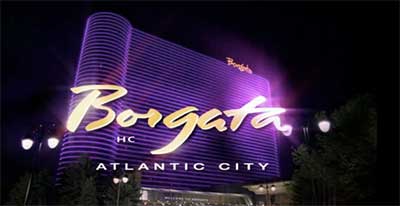 In an interesting twist of fate, a card game manufacturer could be found responsible for Phil Ivey’s controversial baccarat win.

Mr Ivey is currently in the midst of a UK Supreme Court case against Crockfords Casino in London after the casino alleged he cheated when he won £7.7 million playing the baccarat variant, Punto Banco.

During the first court hearing, Mr Ivey admitted to using the card technique known as ‘edge sorting’, where a player takes advantage of subtle flaws on cards to predict the value.

MGM’s Atlantic City’s Borgata casino picked up on Mr Ivey’s admission and has been pursuing action against the professional poker player for using the technique at its venue ever since.

Mr Ivey won $USD10.1 million at the venue in 2012 through the detection of tiny imperfections on the back of the playing cards used by the casino.

The US casino first heard that the UK gambling venue had refused to pay and then filed a lawsuit against the poker player in 2014.

In 2016, the US District court ruled in favour of the casino and ordered Mr Ivey and his partner Cheung Yin Sun to repay $10.1 million to the casino.

The judge declared that although Mr Ivey did not break the rules or commit fraud, he did breach casino contract.

Mr Ivey’s attorney, Ed Jacobs, said that Ivey had “beat the casino at its own game” since the casino agreed to his requests and conditions of play. He revealed that they would be appealing the District Court’s decision.

The case now lies with the US. Third Circuit Court of Appeals in New Jersey.

But the case is now on hold since a separate lawsuit by Borgata against the card manufacturer, Gemaco, needs to be settled first.

Borgata has alleged that the card manufacturer was responsible for Mr Ivey’s huge win due to the subtle flaws on the backs of the cards. Mr Ivey would not have been able to pull off the edge sorting technique had the cards been without imperfections.

The casino is also claiming that Gemaco knew that the cards had small defects, and sold them to Borgata regardless.

As a result, the casino wants $10 million in damages from the card company.

But whether or not a Judge will go for this is another question considering Borgata, in essence, allowed the win to take place.

The casino agreed to Mr Ivey’s requests and allowed a single purple Gemaco deck be used for many hours of play.

The dealers, including Mandarin-fluent croupiers for the benefit of Mr Ivey’s partner, reportedly positioned the backs of the cards which enabled edge sorting to take place.

Additionally, Borgata only filed the lawsuit against Mr Ivey after Crockford casino refused to pay out.

It’s not clear if Borgata will drop the charges against Mr Ivey if it is successful in the Gemaco case.

The UK Supreme Court hearing for Mr Ivey’s appeal against Crockfords casino took place on July 13, but a final verdict has not yet been released.