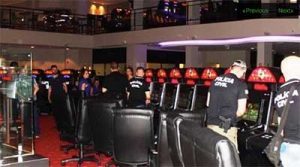 While Brazil is preparing to vote on whether the country should legalise gambling, a physical casino has been operating in the country.

Spanish casino operator, Grupo Pefaco, opened Winfil casino on October 19, in the Brazilian city of Porto Alegre under the assumption the country had lifted a ban on casino gambling.

All games of chance and sports betting are banned in Brazil since 1941, under the Criminal Contravention Act. Brick and mortar casinos have been banned since 1946 when the government revoked all casino licenses.

But a recent court ruling in the state of Rio Grande do Sul made Grupo Pefaco believe there was no longer a casino ban and the operator began offering real money casino games to Brazilians.

The Public Prosecutor’s Office obtained a court order which blocked the casino from operating its real money casino games, including 460 slots. The venue didn’t shut down its operations, though, and changed all its slots to run on free play mode where players use play credits.

The casino then flipped its slot machines back into real money mode on Friday, after Judge Viviane de Faria Miranda issued a preliminary injunction which prevented authorities from seizing the games.

“I defend the preliminary injunction in order to determine to the authorities pointed out that in the event of a possible police operation, they refrain from any act of seizure and/or confiscation of any movable property that lodges the company’s venue, including electronic equipment,” Judge Miranda ruled.

Although the casino stated it was operating “with the fullness of legality” due to the judge’s injunction, president of the communications council of the Rio Grande do Sul Court of Justice, Judge Túlio Martins, claimed otherwise.

Judge Martins said while Judge Miranda had blocked authorities from seizing the slots, the injunction did not address the legality of the machines and therefore Winfil was operating illegally.

Even Judge Miranda said the casino had “walked a little outside the line” by switching the casinos back into real money mode during an interview, and added the casino was operating at its own risk.

On Monday, authorities ignored the injunction and seized money and the 460 machines from Winfil casino. The raid comes after Winfil reported it attracted 2000 players over its first weekend of real money gambling. Brazilians reportedly chanted at authorities, who presented a warrant issued by the Criminal Court of the Regional Forum of Tristeza, they wanted to play. You can watch the video below.

Authorities reportedly took the owners to the police station.

While casinos may still be illegal, lawmakers are considering amending laws, and the Chamber of Deputies are planning on voting on a gambling bill which legalises land-based casinos sometime next month.

President Michel Temer, who avoided impeachment last month, said he would sign any gambling legislation, which came his way, into law given the country is desperate to find a stable source of revenue.

International casino giants, like MGM and Las Vegas Sands, have expressed their interest in operating a casino in Brazil due to it’s potential to become the biggest gambling jurisdiction in the world.