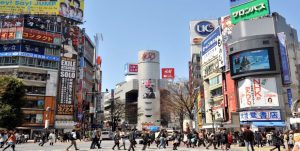 Ever since a new bill was passed by the Japanese Diet at the end of 2016 to allow casino gambling in Japan for the first time, lawmakers have been busy working on the follow-up bill which will determine how the industry will be regulated.

While the Integrated Resorts bill is yet to be finalised, analysts are now warning that if the regulations are too strict, they may end up damaging Japan’s gambling industry before its even been given a chance, scaring investors and their billions of dollars away.

Mr Govertsen said, “The [regulatory] framework seems to become more restrictive by the day, and when coupled with what are likely to be astronomical project costs, could result in some of the biggest operators sitting this one out.”

The Japanese government has until December to finalise the Integrated Resorts bill. Regulations that have been suggested include imposing a limit on the number of times a person can visit the casinos each month, restricting the casinos from Japanese nationals to allow foreigners only, having strict exclusion policies for problem gamblers and limiting the size of the casino gaming floors.

Japan seems to be looking to Singapore for inspiration, after the city introduced integrated resorts for the first time back in 2010. The Singapore government implemented multiple conditions for the casino industry, including a casino entry fee for Singapore citizens in a bid to curb gambling addiction and gaming floors being limited to 161,500 square feet.

Mr Govertsen believes Singapore’s casino conditions may provide a good starting point, but they would not work for Japan. “We are becoming increasingly concerned that the government of Japan is… using Singapore as the end point,” he said.

“For example, limiting the size of gaming floors to the exact same limit in Singapore, or 15,000 square metres – despite the fact that the local populations of Tokyo or Osaka are many multiples that of Singapore and despite the fact that Japan would like to see an even greater influx of incremental tourists than Singapore saw post IR opening. Simply put, the math just doesn’t work with such a size constraint.”

He told GGRAsia, “If they came out with really high entry fees in the [implementation] law, most people [investors] would probably walk away. If they tried to come up with a very small amount of space dedicated to gaming.. it [could] mean the project wasn’t feasible. [The fact is] you need the gaming dollars to generate enough profit to develop the rest of the facility – the full integrated resort.”

When released later this year, Japans Integrated Resort bill is expected to include information about how to regulate the industry, where the new casino properties will be located and how the public will be protected from the potential harm caused by problem gambling.