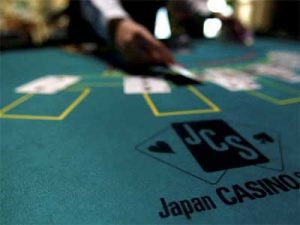 Nationwide public hearings have reiterated the strong opposition against casinos in Japan, despite time limit proposals and entry restrictions.

The Japanese government has commenced its nationwide tour to explain the benefits of Integrated Resorts (IRs) which were approved by the National Diet last December.

But the public is not buying the benefits being spouted by government officials.

The committee is attempting to ease concerns by explaining the planned policies to the public at the nine public hearings around the country.

An Expert Committee held the second public hearing last week in Osaka, where an IR may be constructed. Around 80 people attended the hearing, including the general public, local lawyers, and local business and government representatives.

There was a prominent division between people who believed IRs would bring economic benefits to the region and those who were worried about IRs causing problem gambling and other issues.

“They would become a nucleus of tourism and give rise to new basic industries,” one supporter said.

Tetsunari Yoshida, a Hyogo Prefecture-based lawyer, spoke at the hearing and questioned the adequacy of the restrictions.

“The panel has proposed limiting the number of times Japanese people can enter the casinos on a given day or during any given week,” he said.

“But that could simply encourage people to spend longer periods of time in the casino.

“A limit should also be placed on how long people are allowed to stay in the casino on any given visit.”

“By placing limits on the number of times Japanese people can visit, it might be possible to exclude gambling addicts or those who appear to be addicts, but that could lead them to turn to illegal gambling,” he said.

“An organisation needs to be established by specialists that can decide on a system for limiting entrance (and) work must be done to create a policy that helps people overcome their gambling problems.”

Osaka is likely to be awarded an IR licence if the IR Implementation Bill passes the Diet. Governor Ichiro Matsui declared his support since he believes an IR would attract foreigners and boost tourism.

But a recent poll by the Japanese news outlet, The Yomiuri Shimbun, revealed 71 percent of people living in the region where the Osaka IR would be built are against the venues.

The public opposition has caused some municipalities to pull back when it comes to showing their support for IRs. Some politicians have even suggested IRs may not happen anytime soon given the declining support for Prime Minister Shinzo Abe’s Cabinet, which pioneered the way for IRs.

Still, the central government wants IRs constructed following the 2020 Tokyo Olympics to maintain tourism levels. Although the government plans to submit the IR Implementation Bill in the coming months, it is not clear when it will be enforced.

“With [the Cabinet’s] support rate falling and public opinion split, it will be difficult to get the bill passed [in the Diet],” a senior Komeito official told the Yomiuri Shimbun.

A LDP official also said the central government is “no longer in a place where we can force the IR idea through.”