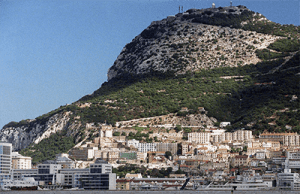 The fate of Gibraltar’s gambling industry is caught up in a historical debate over territorial rights by Britain and Spain.

The UK Secretary of State for Foreign Secretary, Boris Johnson, has revealed Britain will continue to back Gibraltar during the imminent Brexit negotiations with the European Union.

But this is not what the Gibraltar gambling industry wants.

Mr Johnson’s comments have followed the decision for Spain to have a say in the British Overseas Territory’s future relations with the EU once the UK exits.

No agreement can be made without Spain’s approval but given the comments by Prime Minister Theresa May – who said she would go to war to protect Gibraltar just as Margaret Thatcher did for the Falklands – it isn’t going to be a smooth process.

The controversial Brexit bill passed British parliament last month which commenced the expensive and difficult withdrawal from the EU.

One of the most prominent issues is the future of Gibraltar as an entity of Britain, and gambling operators are hoping Spain’s attempts to interfere are successful.

The UK and Spain have long debated over territorial rights for the British Overseas Territory – located on the Southern tip of Spain -since it was yielded to Britain in 1713.

The UK’s choice to exit the EU has been worrisome for the Gibraltar gambling industry since the territory is a huge gambling operator destination.

If Gibraltar does leave the EU with Britain it could impact European players in terms of the legality surrounding remote gaming and betting services on offer.

This will affect a huge number of gambling operators which are set up in the destination due to the suitable tax regime.

The concerns aren’t new as Spain announced last year it would close its borders to Gibraltar once Brexit took place.

Since there are more than 4000 people employed directly and indirectly by gambling companies in Gibraltar, many who reside in Spain and make the daily commute, the consequences could be dire.

One of the top online casino operators, 32Red, resides in Gibraltar. Its CEO, Ed Ware, told Gambling Insider in January it would be best for the Overseas Territory to remain part of the EU.

“It is abundantly clear that remaining within the EU would be much the best thing for the continued prosperity of the jurisdiction, with factors involving Spain and relationships at the border front of mind,” he said.

“We are a distinctly British business and the arguments for Brexit have resonance with us, but, overall, I would say we would be risk averse to a change in the relationship with Europe and believe the best scenario is to stick with the reformed EU option.”

In the meantime, Gibraltar is still awaiting the final ruling from the European Court of Justice to be exempt from the UK’s point-of-consumption (POC) tax introduced by the UK in late 2014.

Gibraltar brought the matter to Her Majesty’s High Court of Justice to avoid the 15 per cent POC tax, arguing it should be independent of the UK’s taxation policies.

It was rejected and taken to the ECJ.

As the trial unfolds, it is clear Gibraltar is considered to be one entity with the UK – which will impact the Brexit ruling – as a Court of Justice member, Maciej Szpunar, voiced a similar opinion.

Mr Szpuna added the issue should be solved independently from the EU.