Gambling has its roots tied to some of the earliest known human civilisations, and is considered one of mankind’s oldest activities. But where was the first land-based casino ever built? This article takes a look at the fascinating origins of the earliest casinos, and the most famous venues of the modern day.

With ample references to gambling and lots in the Bible, the Chinese also documented forms of gambling dating back to around 2300 BC, while early European history features a host of laws and decrees which prohibited the activity, testifying to the popularity of gambling in society. So while lots and gambling have been around for thousands of years, the more recent development of regulated gambling houses can be traced back to the mid-1600s, or more specifically, 1638 – the year the Casino di Venezia in Venice, Italy was built and opened.

Amazingly, the Casino di Venezia is still in operation to this day, with its charm, reputation and prestige remaining a tribute to the decades of entertainment it has provided. The historic venue hosts European and American gaming tables, along with over 600 slot machines, and tourists and locals flock to this gaming establishment by the hundreds of thousands each and every year to see its rich and vibrant history, stunning design and elegant backdrop.

Gambling continued to gain popularity throughout the following centuries, as more and more brick and mortar casinos began to pop up across many different continents around the world. Records from Statista.com, Wikipedia.com and WorldCasinoDirectory.com suggest there were approximately 3,500 land-based casino establishments across the globe as of the last five years.

Where does the word casino come from? The word casino has Italian origins dating back to the mid 18th century, and is derived from the terms ‘cascina’ (Italian) and ‘casa’ (Latin), which mean little house and cottage, and relate to a house of entertainment.

Most popular and famous casino venues around the world

Some of the other and most prestigious casinos around the globe include: 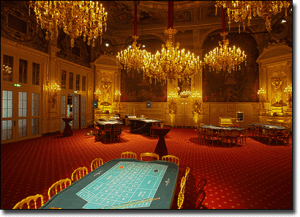 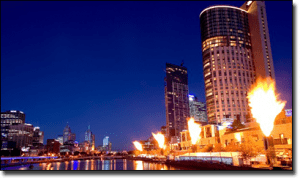 The future of casinos – online gambling

Gambling in regulated casinos across the world has soared in recent times, and the activity remains one of the most popular forms of entertainment for millions of people. While it remains taboo and illegal in many other countries around the globe, there is no doubting its success as an industry.

Today, gambling has seen a shift from traditional land-based casinos to the online world, with Internet casino, poker room and sports bookmaker sites available on desktops, mobiles, tablets and Smart TVs to keen punters around the world. As technology develops, we can expect to see more avenues become widely available for people to pursue forms of gambling.