The District Court in the Hague, Netherlands has supported the country’s independent gambling regulation body and its decision to impose fines against several offshore online casino operators. 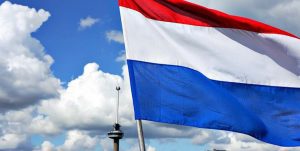 On July 13, the court ruled in favour of the Dutch Gaming Authority or Kansspelautoriteit (KSA)’s decision to impose a €180k fine against Co-Gaming Limited (formerly ComeOn Europe) and a €150k fine against Mansion Online Casino Ltd. in 2015 for accepting bets from Dutch players without prior authorisation from the KSA, believing they are empowered to act against such sites.

Co-Gaming Limited is licensed by the Malta Gaming Authority and Mansion Online Casino Ltd. is licensed by the Gibraltar Gaming and Betting Association, but offshore regulated gambling sites along with local operators cannot legally do business with Dutch residents under current laws.

Both companies have reportedly paid the financial penalties, but opted to appeal their cases to the District Court – their only option for appeal from here is to take the case to the Netherlands Council of State.

“The Gaming Authority is pleased that the court based its policy to address these providers in the interests of the consumer,” read the KSA’s official press statement.

The KSA was first founded in April 2012 as an independent regulatory authority for the Netherlands, responsible for issuing licences and enforcing Dutch online gambling laws.

The group has been very busy ramping up its enforcement action against several local and offshore Internet gambling venues since its increased responsibilities following the passing of the Netherlands Remote Gaming Bill in 2016, which will allow the regulatory group to license and regulate online casino operators based both nationally and offshore.

Its offshore casino licensing duties is expected to commence sometime in early 2018, once further regulatory reforms for the Remote Gaming Bill are passed before the Senate (Eerste Kamer) of the Dutch Parliament.

The Remote Gaming Bill imposes a 29 per cent tax on both online and land-based gambling revenue, an additional 1.5 per cent tax to fund (KSA) operations, and 0.5 per cent for problem gambling programs, and removed the KSA’s previous ability to block unauthorised gambling sites domains.

Swedish-based operator Betsson has recently re-opened formal complaints about the regulator with the European Commission, requesting that disciplinary action take place due to the KSA’s overly strict handling fining of offshore casinos licensed in other EU member states, but after the rulings against Co-Gaming Limited and Mansion Online Ltd, it might not be a fight they will win.